WHY PARENTS SHOULD PAY MORE ATTENTION TO THE MALE CHILD 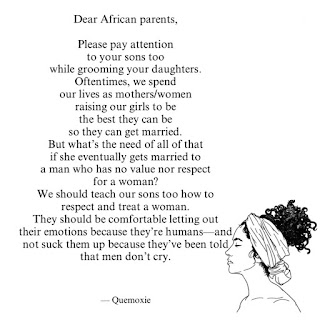 Hi guys, happy new year! Since this is my first blog post of the year. If this is your first time of reading my post, welcome, and I hope you stay glued to my page.


So I decided to write on this because from my discussions, and interactions with people, I got to realize that parents hardly pay attention to their male children. I don’t want to sound like “your definition of a feminist”, as most people confuse feminism to be women seeking to be equal to men. This is not what this post is about.

Here are few reasons why I think parents should start paying attention to their sons.


1. MOST OF THEM ARE MOLESTED AS KIDS


Do you know that most guys had their first s*x with an older woman who preyed on them? It could be a family member, a neighbor, or sibling’s friend. Now if the reverse was the case, it’d be that the girl was raped, right?


Some men had their first s*x as young as 5, 6, 7, years or before they even turned 18—and it’s because they were either lured by an older woman or they practiced what they saw in movies, with another child.


When this happens, they don’t get to talk because there’s no hymen broken nor blood flow, thus it’s swept under the carpet. But unfortunately some get traumatized for life and may never be able to trust nor love a female especially if they were forced to have s*x by an older woman. Imagine if parents created or maintained a relationship where their son can speak to them about anything, they’d would have been guided on how to get through with the trauma, and their abuser would be punished!


2. THEY GROW UP WITH ENTITLEMENT MENTALITY

Have you met guys who believe that whatever a woman does for them is their right? My mother raised me not to be entitled to a man’s money; whether he’s my fiancé or husband; and that makes me very appreciative of whatever I get. There are guys that don’t know how to show gratitude towards a woman. You wash their clothes, clean their house, cook, or take care of them, and they don’t appreciate because that’s how they believe it’s supposed to be; that’s how they think it should be.


A man thinks he can get any woman he wants therefore if you decide not to do any of these things for him, he looks for another woman. This has made a lot of men unappreciative of good women! They believe you belong to the house while they go out and cheat, and you shouldn’t say a word because that’s how a man is supposed to act? Imagine you have a daughter who gets treated by a man like this, would you be happy? Some men have friends who encourage them to have side chics because that’s how to prove you’re a man, but where’s the dignity in that?

3. THEY DON’T KNOW HOW TO HANDLE ISSUES NOR COMMUNICATE

Every issue must not lead to a breakup, but because of ego and pride, most men don’t know how to handle issues; so oftentimes he sends the woman packing and her family has to come and beg. It’s even more shocking when he’s the one at fault. C’mon! Men are human beings for God’s sake. We should stop making our daughters look like they’re going into slavery, or that we’re selling them off and some men end up thinking they’re doing a woman a favor by getting married to her.


I’ve also heard of issues where the man refuses to eat his wife’s food. I understand that what a man needs most is peace and respect from a woman but most men take these things for granted from a woman who genuinely gives them.


A woman is told that she should stay back with a cheating man or a man that beats her, just so she can save face, but if she’s truly a good woman who has self-value, I doubt how long she’s going to stay when she knows there are other men who will know her worth and treat her better.


Most men believe that all a woman needs, is money. Yes, we need money but we also need the love and attention the most so don’t just make money and give a woman while you treat her like trash because you pay the bills. Respect is earned and it comes naturally. I can only imagine how many marriages and relationships that would be happy and saved if parents taught their sons and groom them, the way they teach and groom their daughters.


Do you prepare your daughter for marriage to a man who knows nothing about how to treat a woman? It’s like sending her off to slavery.


Dear African men, being romantic and showing emotions is not weakness. I encourage my man to cry when he’s filled with emotions. Let the tears just flow because I know he will feel better after that. It doesn’t mean he’s weak and it’s only ignorance that will make anyone think that a man who sheds a tear is weak. 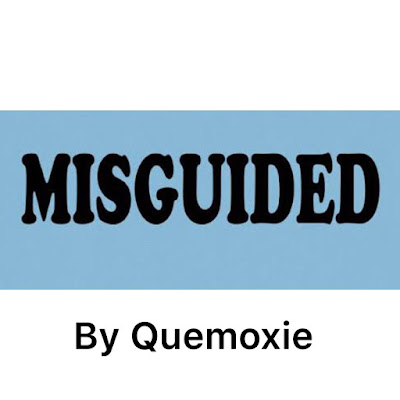